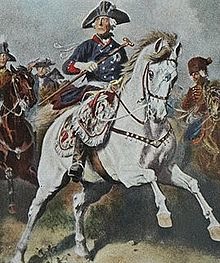 Mike Covell, he who styles himself  King of San Maurice, and I recently got together for an Old School game of Brigadier Peter Young's Charge! We used the excellent Wargames Factory War of Spanish Succession plastic figures, now available from Warlord Games. Mike, commanding the French, had 3 regiments of horse, 4 regiments of  foot, and a battery of guns, while I, leading the English, deployed 2 regiments of horse, 5 regiments of foot and a battery of guns. I actually published this one in our local wargame blog, but I thought you folks would like to see the pics. The only concession we made to modernity was to place the individually based figures on movement trays to save time. I figured Brigadier Young would give us a pass on this. With that small concession we found the game easy and fun, and brought to a conclusion in a reasonable amount of time. Take that, rules written in the 21st Century! 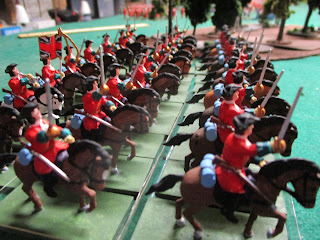 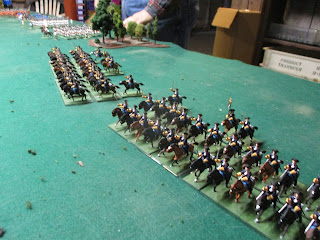 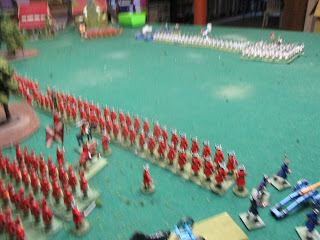 I am an indifferent general and an incompetent photographer 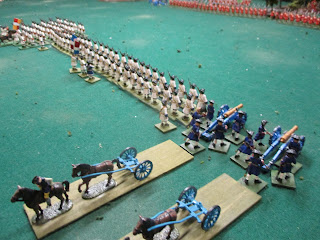 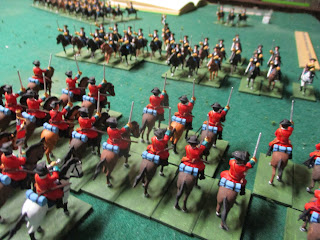 Cavalry engagement on the English right 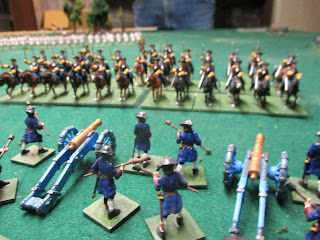 French Horse takes out the enemy guns in the center 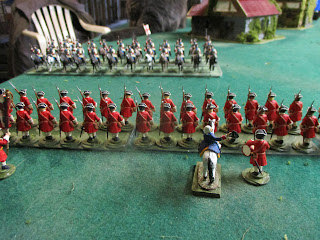 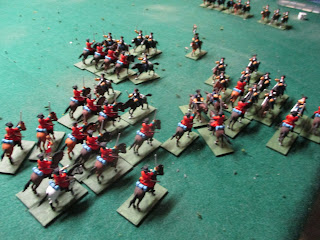